Heya, I’m Matteo, I’m 18 and I’m here as a volunteer in Camping Le belvédère since the 24th of August.

I have decided to come here as a volunteer for many reasons: I was seeking for an exit from my comfort zone and I wanted to challenge myself. The other reason was traveling and visiting unknown places as well as training my French.
Also, even though I was motivated, I was really scared about traveling the days before departure, it was my first trip alone and I was in another country and I had to be there for a relatively long period of time. In the end, I started my travel, and finally, when I was on the bus, all my major fears disappeared. I was alone, but I had people around me to talk with and I knew that I was doing a really exciting thing. After 23 hours I arrived here in the camp and I met the other volunteers. I was really tired but I wanted to start helping from the beginning so I helped a bit in the evening.

The first day passed and I went to sleep soon. In the first days some fears came back but in less than two days they disappeared again. By this time, I got to know the others better and I started doing cool things.

Then after the first weeks, the youth exchange came. In the youth exchange there were many young people living in the camping that were doing activities related to environmental sensibility, and learning about each other’s cultures. I used to join them and I also went with them in Carcassonne visiting the city. That was at least for now my favorite period of time passed here.

Then we had a full week off for retaking the energy, in which we moved a bit and I had the opportunity to go visiting the castles near Lastours, another one in Saissac, and I spent a day in Montpellier. The last travel is the one that we did all together in Toulouse and we had a really good time there.

My best memories other than that are the evenings after dinner, the travel in Montpellier and in Toulouse, the football matches and the chess game played here and basically all the memories with the other volunteers.

I have never been homesick.

I learned a lot of things also. All of a sudden I was sharing my home with people that at the beginning were strangers. I had to cook for eating and I didn’t have the dish cooked like at home, I had to wash my clothes, I had to work with animals and plants and I wasn’t acquainted with that.

I feel like I did big steps in this period considering that only a few months ago I was sitting in my classroom at school.

My favorite activity is cooking, even if I don’t know anything about it: that makes me feel more excited.

I also like to give food to the donkeys and ponies which I do usually in the morning while listening to music.

The cooperative also organizes and hosts Erasmus-funded projects that aim to provide learning and capacity-building opportunities for the youth. The projects hosts volunteers from Europe, South America and Southeast Asia and focuses on topics related to knowledge exchange, communications, and sustainable development.

Check out our video: 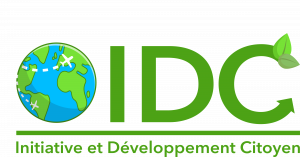